This beautiful 37 second video of Henri Matisse was so inspiring to watch before we began our own collages. Matisse, who was a painter for most of his life, began making collages in his later years when he could no longer stand at an easel. We learned about geometric and organic shapes as well as warm and cool colors when creating our collages. Looking at examples of real vegetables helped us to "draw" the organic shapes with our scissors.
This is the second part of our annual second grade Matisse unit, and the kids were pretty split down the middle when asked if they enjoyed their Matisse-style painting or collage the best. I know they had a ball making these veggies! 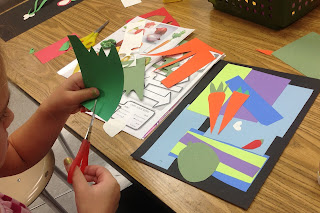 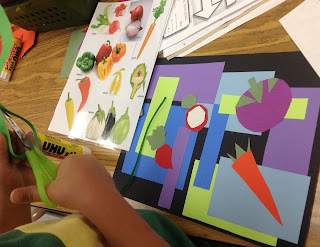 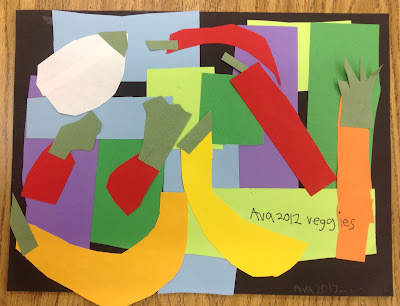 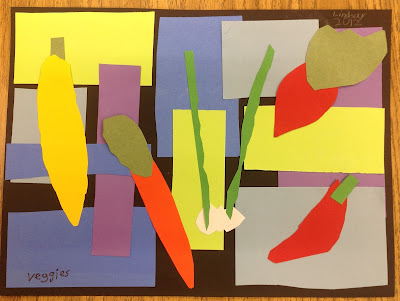 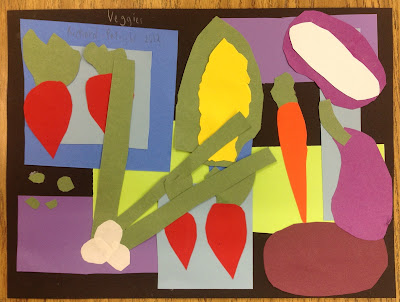 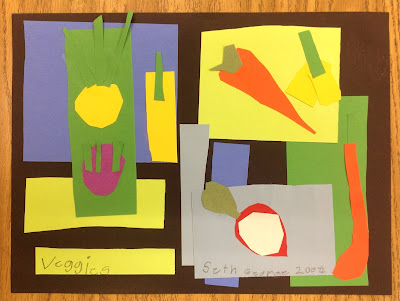 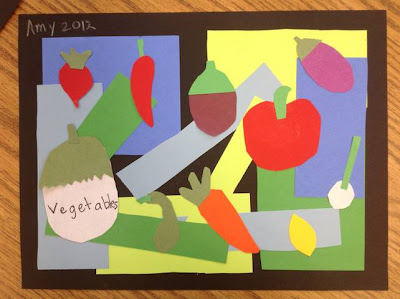 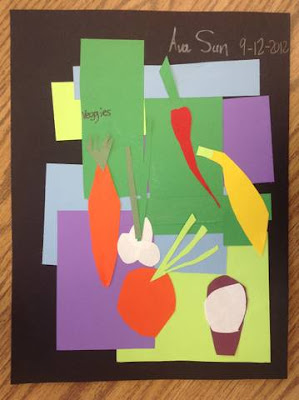 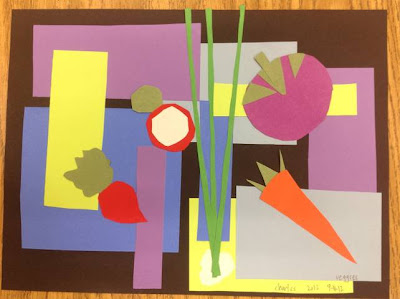 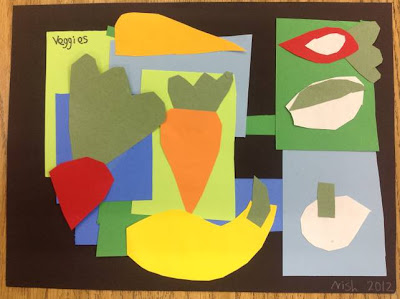 Comments are very appreciated - thanks for stopping by! 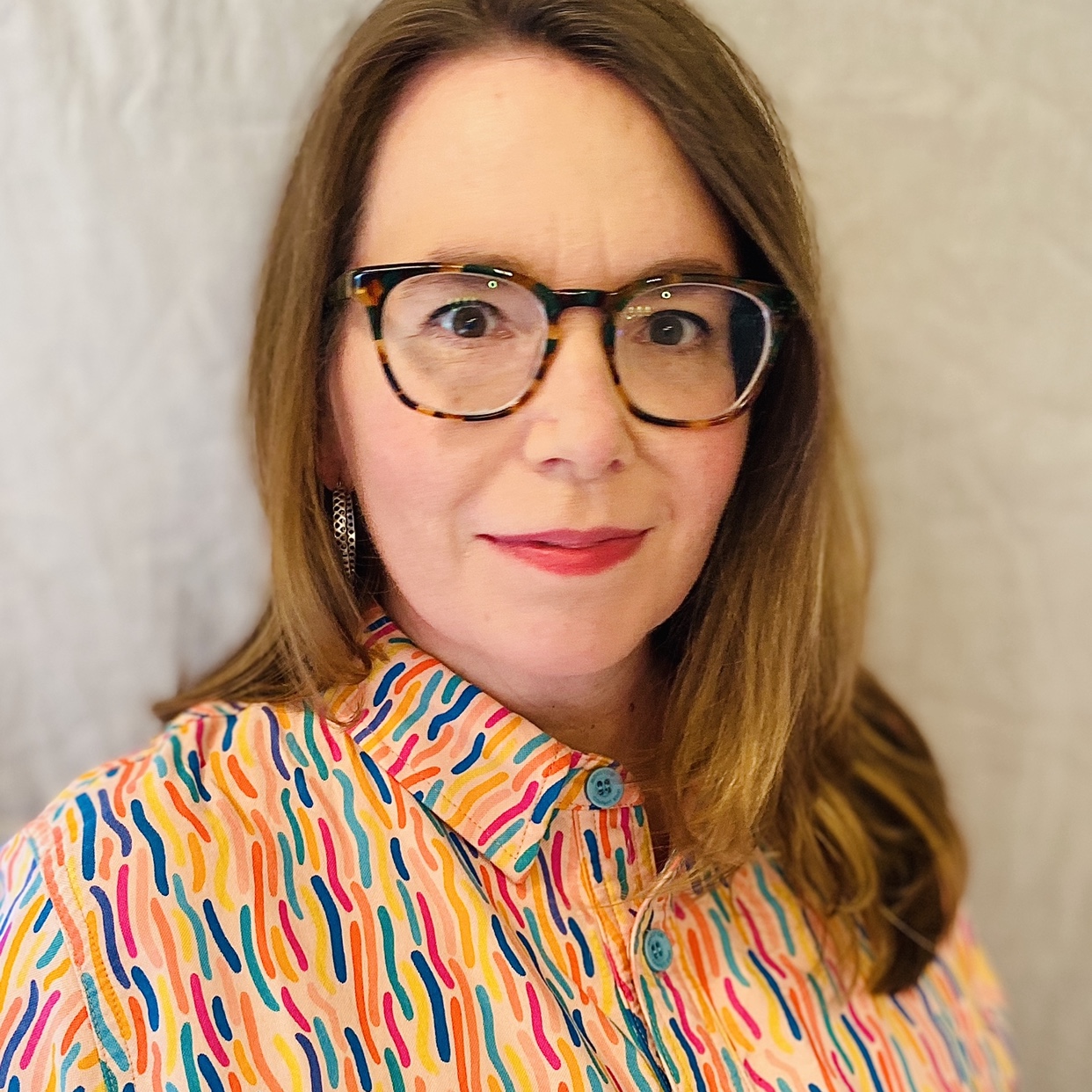 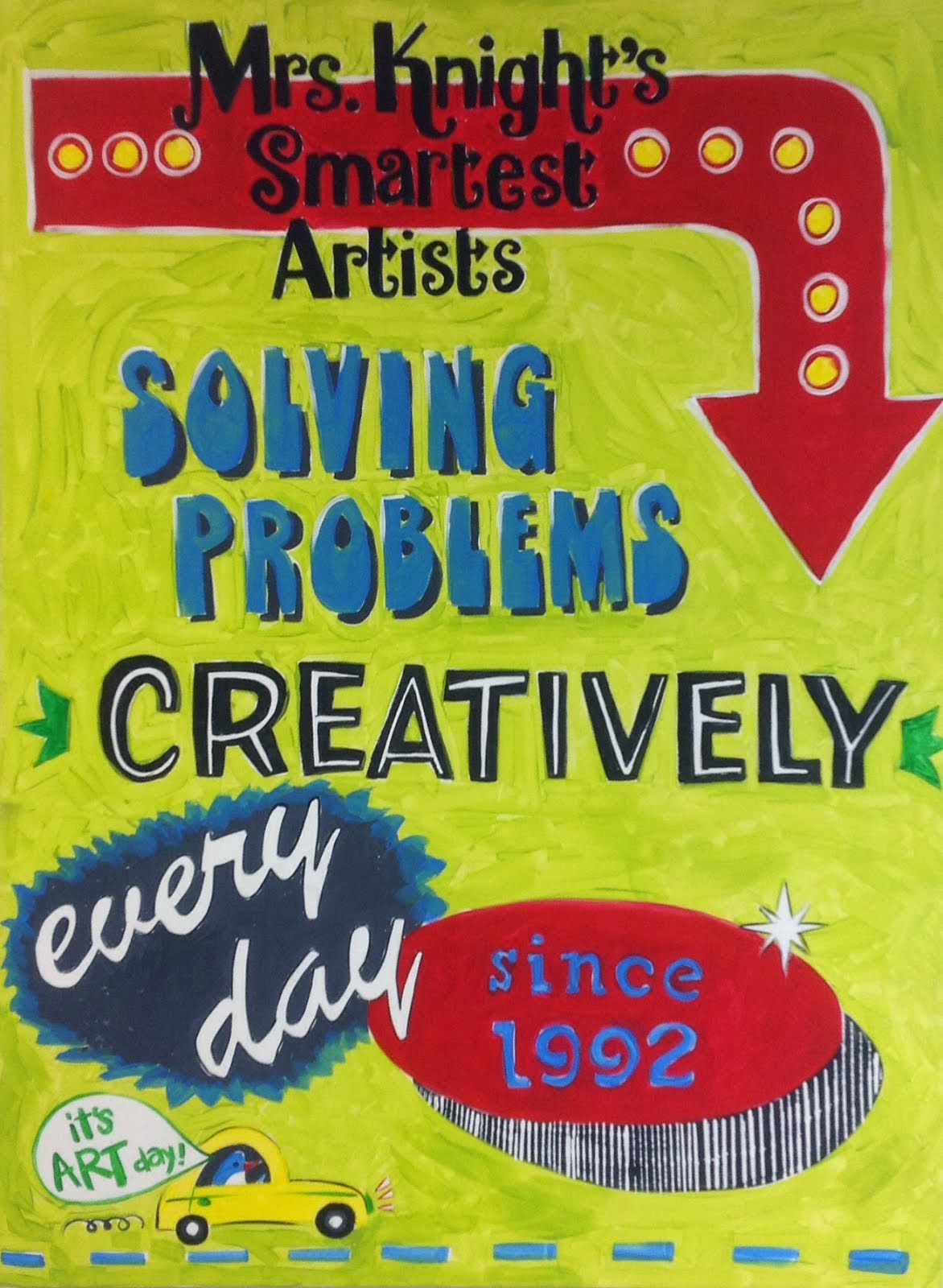 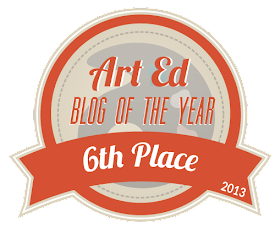 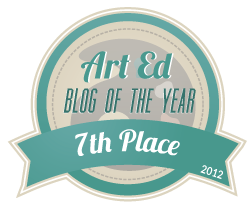 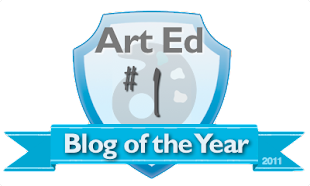 "Join this Site" to stay up-to-date

"What was the inspiration for your art? Were you learning about a famous artist, a world culture, a place or time in history...?"

"What materials did you use? What techniques did you try?"

"What are you proud of in your art, and what might you do differently?"

"What style is it - were you using your imagination, your memories, or observing from real life?"

"I always loved art teachers because they were so bizarre. They were like the homeless people of the faculty -- all disheveled, wearing smocks, covered in paint, always digging through the garbage, looking for bottles and egg cartons and things." -Ted Alexandro
"Give me a museum and I'll fill it." - Pablo Picasso


"If I could say it in words, there would be no reason to paint." - Edward Hopper

"One eye sees, the other feels." - Paul Klee

"I paint life as I would like it to be." - Norman Rockwell

"The way to get started is to stop talking and begin doing." - Walt Disney

"From the age of six I had a mania for drawing the shapes of things. When I was fifty I had published a universe of designs, but all I have done before the age of seventy is not worth bothering with. At seventy-five I'll have learned something of the pattern of nature, of animals, of plants, of trees, birds, fish and insects. When I am eighty you will see real progress. At ninety I shall have cut my way deeply into the mystery of life itself. At a hundred I shall be a marvelous artist. At a hundred and ten everything I create: a dot, a line, will jump to life as never before. I used to call myself Hokusai, but today I sign myself 'The Old Man Mad About Drawing' (Gakyo-rojin)" - Katsushika Hokusai

Elements of Design:
Line -a path made by a moving point
Shape - an area defined by its outline, geometric or organic
Form - a three-dimensional shape
Value - the lightness or darkness of an object
Color - hues on a spectrum; we use a color wheel made of primary, secondary, and intermediate colors
Texture - the way something feels or appears to feel
Space - the illusion of depth in an artwork

Figure - a body form or shape

Composition - an arrangement of lines, shapes, colors, etc. on a surface

Portfolio - a collection of work, or the container that holds the collection

Positive Space - the shape or object that is the focus

Negative space - the area around the positive space; also "leftover" space or background

Media - materials used to make art. Most of our art in the classroom is one, or a combination of, the following:
Drawing: pencil, ink, pastel, chalk, charcoal
Painting: tempera or watercolor
Printmaking: creating multiple images by transferring ink from a stamp or plate
Collage: shapes that are cut and pasted to a surface
Sculpture: clay, metal, cardboard, or other 3-D materials
Textiles: stitchery or weaving
Technology: photography, computer art
Styles of art -
Realistic: objects look as they do in real life
Abstract: objects are based on real-life, but are changed artistically
Nonobjective: a design; no recognizable objects are found other than lines, shapes, colors, etc.